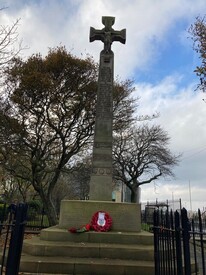 On the 10th November I visited St Hilda's War Memorial in South Shields with Nigel to take photographs of the memorial where my grandfather's full cousin, Reginald is commemorated.

The following day, several more poppy wreaths and crosses were to be laid. Due to the restrictions for Covid 19, the annual civic ceremony at St Hilda's Church was unable to be scheduled. 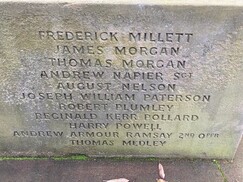 Reginald Kerr Pollard's name appears on one of the four stone plaques surrounding the cross. He was a sapper in the Royal Engineers, 5th Division of the Signals Coy., dying in Mesopotamia on the 8th October 1917 of gastro-enteritis aged 24 years. His actual burial was in Baghdad, Iraq 8, War Cemetery (Northgate).

BACKGROUND TO THE MESOPOTAMIA CAMPAIGN

When Turkey entered the war in late October 1914, Britain immediately retaliated to protect their oil interests in the Persian Gulf by opening a new military front in Mesopotamia (Iraq), supported predominantly by Indian troops. It was not until March 1917, that the army advanced to the capital. Baghdad, camping outside the city.

Statistics for the Mesopotamia Campaign

The British Empire forces suffered 85,197 battle casualties and there were also 820,418 hospitalisations for non-battle causes, mostly sickness and of those, 16,712 died, (including Reginald). This unusually high incidence was due to the geography of the area; it was unhygienic, extremely hot in the summer, extremely cold in the winter, composed primarily of either sandy deserts or marshes, and was underdeveloped, meaning men had to be transported large distances for medical attention. (extracted from Wikipedia). 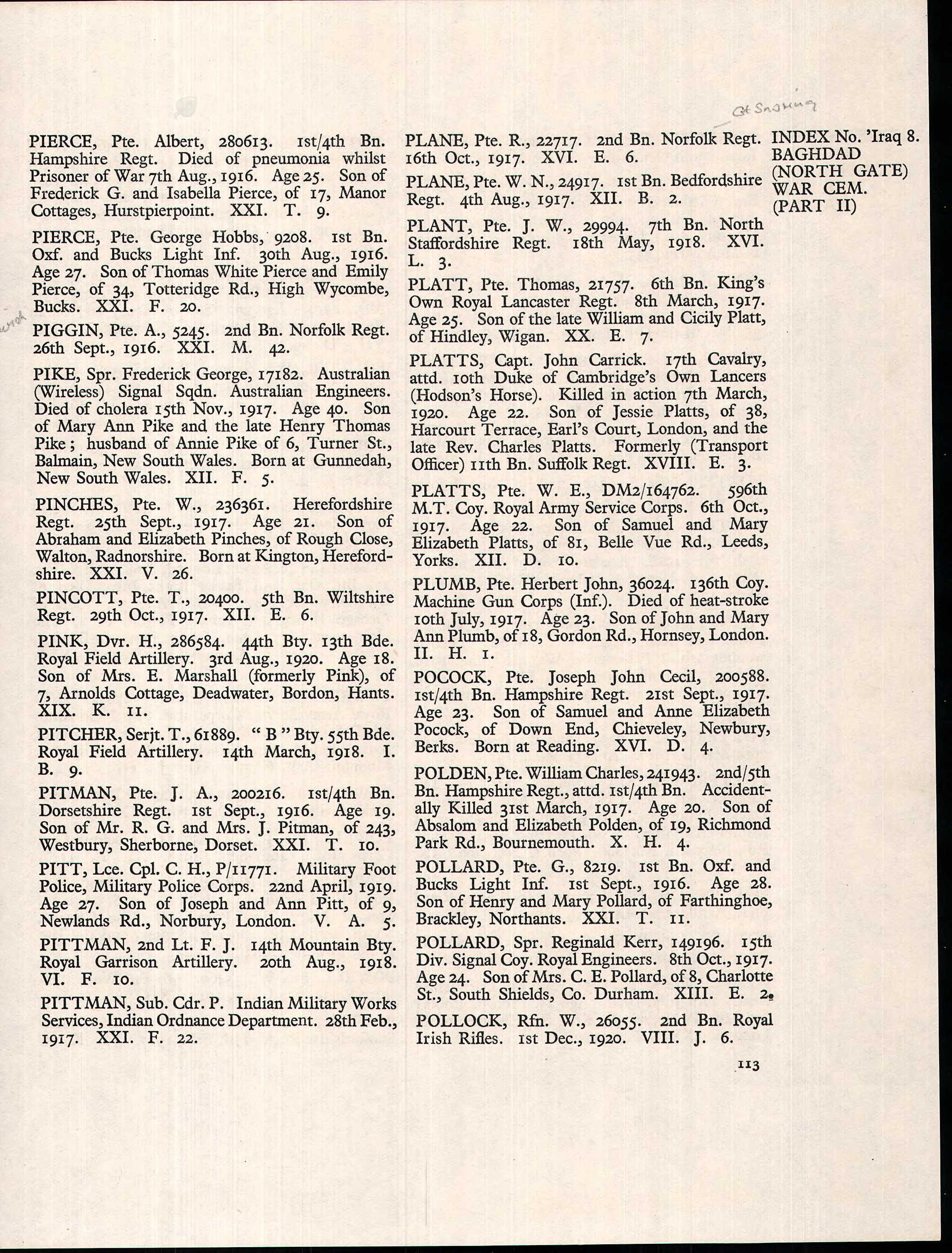 Reginald was born in South Shields in March 1893, the son of Charlotte Esther Kerr (1866-1946) and Charles Edward Pollard (1862-1943). His parents had married in South Shields in March 1892. Charles was a Master Mariner with an extra certificate of competence. The marriage was not long-lasting and there was an acrimonious divorce and issues about child support despite the fact that Charles was a man of wealth. *

Charlotte stated that she was widowed in the 1939 census and prior to this, she is described as the next of kin in all registrations of Reginald's death in 1917. In fact, it was on the 21st January 1943 that Charles, my 2nd great-uncle died at the Hotel Davico, Sorges Vaucluse, France (heart of 'Vichy' France in WW2!).

In three of the Post Office Registration books which have been digitised, there is reference to Reginald recording the fact that he joined the service in 1909 as a learner advancing by 1913 to the position of Clerical Assistant. 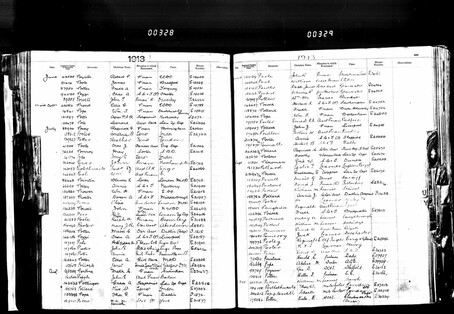 If it hadn't been for the ravages of WW1, Reginald Kerr Pollard would have had an established career in the Post Office, most probably progressing to a senior managerial position as a Postmaster. At least he is remembered on the main South Shields War Memorial and there was and perhaps still is a gravestone in the Baghdad cemetery (X111.E.2)